Senior Toxicologist Back to people

Benjamin has acquired over 10 years’ experience in the chemical and pharmaceutical industries, specialising in clinical toxicology, xenobiotic metabolism and regulatory toxicology. From 2009-2014, he worked as Scientific Officer – Toxicology at the European Chemicals Agency in Helsinki, Finland. In 2014, Benjamin joined Bayer in Cologne, Germany as Regulatory Toxicology Expert, and then in the Department of Forensic Medicine in Copenhagen, Denmark. From 2017, he held the positions of Senior Scientist – Pharmaceutical Toxicology at GE Healthcare in Buckinghamshire, and Senior Toxicologist at Intertek Health Sciences, and further to this, RSK in Wiltshire before returning to his home in Surrey.

Benjamin has a BSc (Hons) in Biochemistry and a MSc in Toxicology from the University of Surrey in Guildford, UK (2005) and a MSc in Medical Sciences from the University of Kyoto, Japan (2007). Benjamin was awarded a postgraduate scholarship (Monbukagakusho Scholarship) from the Japanese government (MEXT) in Tokyo from 2004-2009, where his research activities focused on the mechanisms whereby different intoxicants cause their specific effects, specialising in biochemical toxicology and reproductive toxicology at Osaka University Hospital, Osaka, Japan.

Benjamin has held the European Registered Toxicologist licentiate since 2010 and is a member of the Royal Society of Biology, Eurotox, and the International Society for the Study of Xenobiotics. He joined Delphic HSE as a Senior Toxicologist in September 2020. 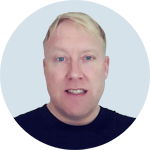 Please enter your details below if you would like to receive regular industry and company information from Delphic HSE.

You have Successfully Subscribed!

By submitting your details, you are consenting to receive communications from Delphic HSE Solutions Ltd. Privacy Policy.