We use analytical cookies on our website. If you continue to use this site we will assume that you are happy with it.

Internal Global Auditor Back to people

The essence of Jerry’s career has been variety and complexity. He is equally comfortable negotiating multi-national business programmes or personally directing a major logistics operation. Jerry thrives in challenging environments; his skill is to work quickly to the heart of the problem and negotiate the best solutions.

As a recent vice president of an international company, Jerry was responsible for the global commercial operations. His contribution over 12 years was to significantly develop the business into new world regions and to new industry sectors. Jerry realised that the key to success was to differentiate his company from the pack.  He introduced innovative new services and ‘packaged’ business in such a way that the clients were drawn to the one-stop-shop model. A major part of the expansion programme was training. Jerry not only worked on training design but he personally delivered and validated the training during many international assignments with blue-chip companies.

In the early 2000’s, Jerry was on the senior staff of the International Air Transport Association (IATA). His 4-year objective was to assist world aviation to be more resilient to business disruptions and, in particular, to crisis and reputational risk. During this time, Jerry was the lead for several industry groups including one that focused on emergency response. To drive the initiatives of the Group forward, he planned, organised and delivered a series of international conferences, the first of their kind for aviation. Again training was the key both commercially and professionally. The conferences addressed what needed to be done but the associated training programmes, designed by Jerry, were the tools to fill the capability gap.

Jerry is a graduate of the Royal Air Force College. He served as a commissioned officer specialising in logistics and air transport. Completing his RAF career as a Wing Commander, Jerry saw overseas service in Germany, North America, the South Atlantic and the Gulf states. 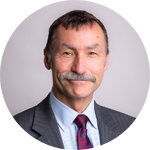