We use analytical cookies on our website. If you continue to use this site we will assume that you are happy with it.

Non-Executive Director Back to people

Paul retired from the Environment Agency in 2015 which was when he took on several other roles including Professor of Environmental Assessment at Cranfield University, Chair of the Board at and Non-Executive Director at Delphic HSE.

Paul graduated in Chemistry from Imperial College, London, where he also studied for a PhD in Environmental Engineering, Paul also has an MBA from Cranfield University. 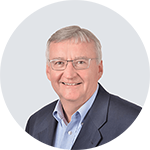